Malcom can’t be a Cate 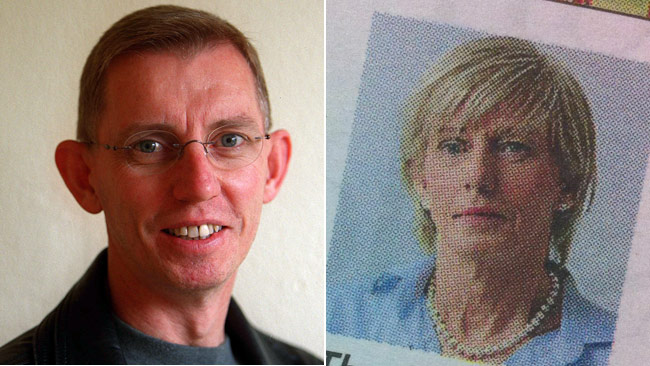 I wrote the other day that a boy can’t be a girl.

But who really cares? Does it really matter?

Because our current government believes that a boy can be a girl and hence they are funding operations for military personnel to lop their appendages off. So that means you and I are paying for the nation’s war-fighting blokes to take a capability cut.

Furthermore, it means that while a bunch of troubled men are rummaging around in your wallet looking for loose change so they can botox their lips and sculpt their adams apples, they are also compromising the nation’s ability to defend itself.

The good news is that I’m not sure if they are entitled to Defence funded stockings post their appointment with the clacker. So maybe we can at least be thankful for this small grace.

I am, however, guessing that this will be offset by the fact that the Army is now the employer of choice for those who want to take their cross-dressing career a little further. The Army is so generous, it even offers men unfettered and free access to the ladies’ showers while they contemplate the best way to fulfil their sexual identity.

Unfortunately, if you think that once Labor is smashed out of office things will get better, then you are wrong.

This is because the likely next Prime Minister of Australia, the supposedly Catholic Tony Abbott, also believes that a boy can be a girl.

In fact, he has written a glowing endorsement of the Defence Force’s new version of emasculated masculinity and has puckered up with the Chief of Army’s PA, one Malcolm McGregor.

Malcolm is a Lieutenant Colonel in the Army but also masquerades as Cate.

He thinks that because he has had a nip here, a tuck there and popped a bunch of pills that he is now a woman.

I don’t like to speak on behalf of women, so I’ll let them describe how they feel about his analysis that femininity consists of the sum result of a bunch of cosmetic surgery and hormones stuffed in a bottle.

While they consider their response, it might be worthwhile for them to remember that Malcolm has publicly stated that he is still attracted to the ladies. And when he puts on his Army skirt and lipstick, he is allowed to hang out with them in the bathroom.

As a man, I have to say that it seems to me that Malcolm has a rather low opinion about women to think like that.

The other thing I’ll say about Malcolm is that he may not be female, but he sure does act like the Queen Bee.

He left a comment on the Bundarrah Days blog today in which you can hear the hiss and feel the claw.

Malcolm had gotten his knickers in knot about a blog post that also pointed out Tony Abbott’s lips had crossed paths with him. So he screeched about a lack of journalistic skill, prejudice and his upset tummy.

He also opened up about his military prowess before signing off as Catherine. Somewhere in between he took a shot at Christianity as well.

This is where it gets kind of interesting for me. You see, like Malcolm, I have also served in the Army.

But unlike Malcolm, who has been given a military platform by the ADF to air his views publicly, I have not.

So while Malcolm is free to spruik about how good he feels in a skirt and how the Chief of Army, Lieutenant General David Morrison, has been so helpful, I have been subject to at least four investigations because I offered the helpful suggestion that the Army could do better things than fund cosmetic surgery for people like him.

I guess that just proves my point that sex-change operations and the bureaucracy surrounding them are a waste of time and money.

In fact, the Army is so supportive of Malcolm that it seems to have adopted his outlook on Christianity. I have even received a letter from the Deputy Chief of Army that states my views, which are based on my Catholic faith, are unacceptable.

Angus, as the Deputy Chief of Army is affectionately known around my parts now, also said I should resign from my position with the Army Reserve. I suppose that is a polite way of saying bugger off.

And I have politely ignored his request, although I did pen this piece in honour of Angus.

Now, I don’t want to jump to any false conclusions, like thinking that Malcolm is getting a better deal in terms of treatment from the military head honchos than I am. But I am starting to consider signing off my correspondence with the chain of command as Bernice.

Maybe then they will listen to the evidence I have put to them that the ADF is complicit in child abuse by marching with a bunch of men clad in leather G-strings and busloads of topless women while kids looked on at the Mardi Gras.

Maybe then they will listen to the truth that soldiers don’t want women in front line combat roles and that they would have more confidence in Malcolm if he didn’t pretend that he was Cate.

Maybe then they would drop the charges they have hit me with for having the proverbials to point out publicly that there is a link between Islam and violence.

Unfortunately, however, I don’t think so.

The hierarchy of the ADF don’t like moral courage anymore and they prefer those men who, well, are not really men at all.

And hardworking Aussie Diggers are the losers as a result.