Apparently, that means we have to believe everything he says. Otherwise, we’re bigots, or so the conventional wisdom goes.

Unfortunately for Tim, he’s come undone and it’s an own goal from the rainbow brigade.

This is what Tim Wilson had to say to radio station 3AW last week:

Bolt suggested in his column that allowing same-sex couples to get married would set a precedent for all sorts of other possible changes to the marriage act, such as multiple wives.

But Tim Wilson said Bolt was comparing apples with oranges.

“It’s simple. Homosexuality is not a choice, people are born that way,” Wilson told Tom Elliott on 3AW Drive.

“Polygamy is a choice.

“That is the straight up and down fact.”

Well, let’s be straight on this.

Therefore, Tim Wilson is dead-set wrong over his distinctions between homosexuality and polygamy. He’s also dead-set wrong to rubbish Andrew Bolt for raising the point about polygamy.

Additionally, there are plenty of people who want polygamy in this country. And the demands for it will come. Consider the fact that there are about twice as many Muslims in Australia as homosexuals. Islam teaches that polygamy is lawful; it also teaches that homosexual conduct deserves the death penalty. Yet, despite the fact that Muslims seems to have no trouble gaining roles as opinion makers in the Australian media, no Muslim has said anything about preserving Australian marriage laws.

I wonder why that is?

If you come to the conclusion that they want polygamy, you’d be right. They are just patiently biding their time. But they aren’t the only ones. The homosexuals want polygamy as well, but they don’t have the same levels of self-restraint and that is why Tim Wilson has egg on his face.

This is what homosexual activist, Simon Copland, wrote for SBS last week:

“But it’s not just about children. Bolt’s other demand is that gays and lesbians give up our “promiscuous lifestyle”. Conservatives want us all to accept monogamous marriage as the only acceptable form of relationship, abandoning our ideas of sexual freedom in the meantime. This is not new — Bolt has often railed against polyamorous relationships — a rejection of perfectly valid way to form unions (one that I practice) based on a narrow view of how sex and relationships should work. It is now, apparently, up to gays and lesbians to accept this position as well.

This is what the new fight over marriage will be about. We are once again about to see a great battle over sex, marriage and economics. A battle about sexual freedom, economic subjugation and the dominance of marriage as a relationship norm.

…Marriage equality is now inevitable. But the fight has only really just begun.”

So there you have it. This battle is not finishing up. Instead, it’s just ramping up. Homosexuals see the campaign for ‘marriage equality’ as the way to prise open the door to ‘conventional’ relationships and destroy them. 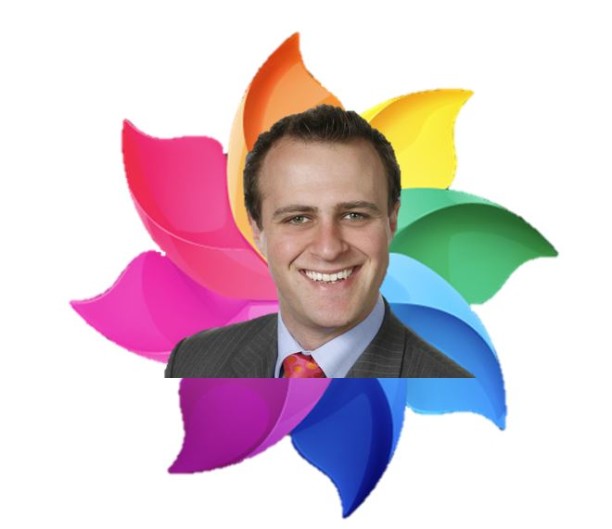 Tim Wilson claims that homosexual marriage won’t lead to polygamy. Meanwhile, his gay brethren claim that ‘marriage equality’ is just the start of the battle for it.