They are graphic images of surrender. 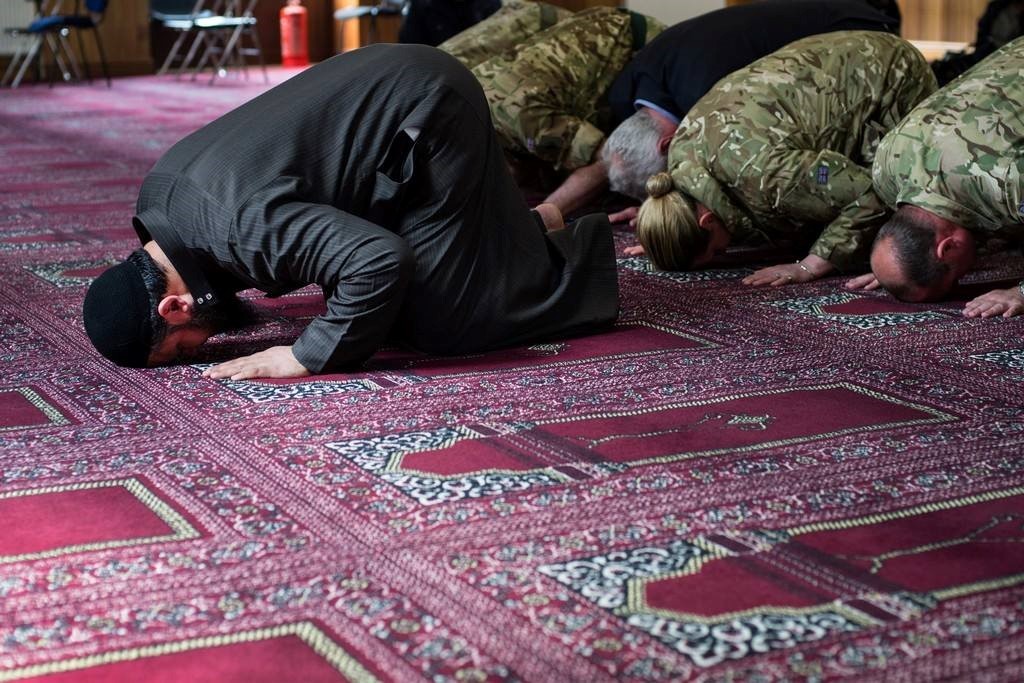 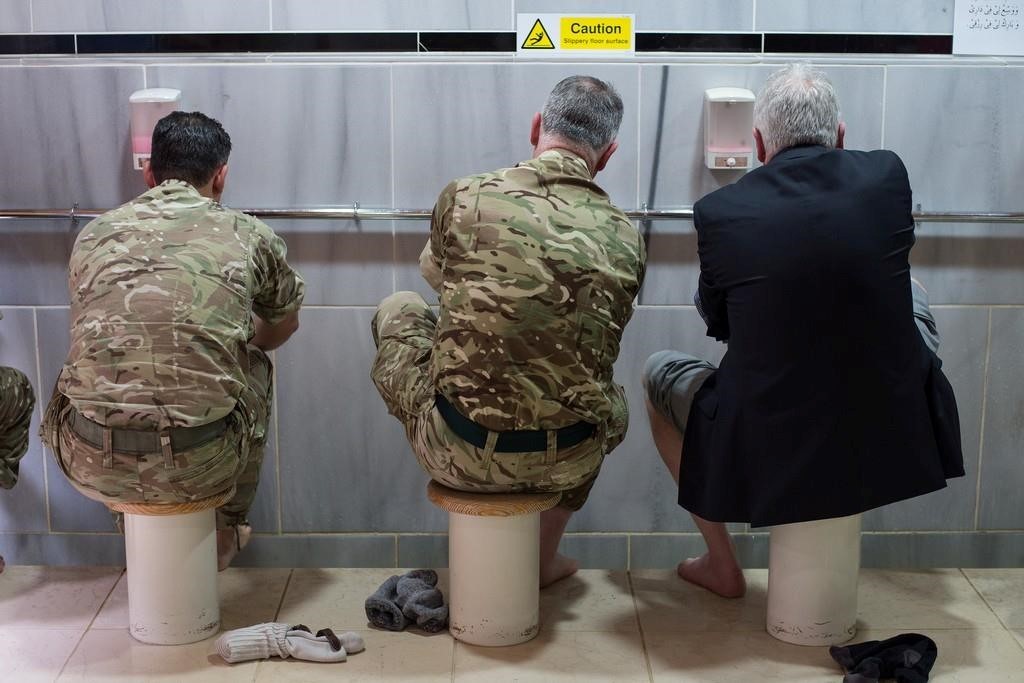 And they are a clear snap shot of our own future in Australia if we do not take action.

By doing so, they attempted to show that they and the Islamic community were one.

All they showed was that they accepted that the Islamic community is now number one in Great Britain.

By the way, this same Islamic community has more of its sons fighting for the Islamic State than the British Army. It is a community at war against everything Great Britain stood for.

The mosque these officers attended is the Zakaria mosque. It is in Savile Town, Dewsbury. And its history is a sad litany of the failure of multiculturalism.

The leader of the 2005 London bombings hailed from Dewsbury. The Islamic imam believed to have inspired those attacks preached at the Zakaria Mosque.

Ten years later, Britain’s youngest suicide bomber left Dewsbury on his journey to Iraq and the Islamic State. He killed 11 people earlier this year. He ‘worshipped’ at Dewsbury’s Zakaria Mosque.

Others from this ‘peaceful’ congregation have also signed up and enlisted to fight for the Islamic State.

An Islamic school, run by the Zakaria Mosque, refused to allow inspectors to speak with staff or students late last year. Students have been handed pamphlets telling them it is forbidden to adopt ‘British’ customs.

And yet the British Army went along and prayed at the Zakaria mosque. What an insult to Drummer Lee Rigby and his family. Rigby was hacked to death by an Islamic State sympathiser while leaving his barracks only three years ago.

By way of interest, the multicultural town that the Zakaria mosque is part of is not multicultural at all. Over 98% of residents are ‘Asian’. According to the last British census, there are only 14 white Britons left living in the town…

This shows the truth about ‘multiculturalism’. It will simply replace our Western, Christian civilisation with barbarity.

We should heed the message sent by the British Army here in Australia. Political correctness is wrong. It will destroy our culture.

It is time to stand up and defend what has been handed to us before it is too late. Before our Australian Defence Forces plumbs these lows. And we do not have much time.

Already the Australian War Memorial has opened Anzac Hall to Islamic ritual dinners. Meanwhile, its Director, Brendan Nelson, has pushed to have the Christian reference to God removed from the tomb of the Unknown Soldier.

Now we have special Islamic uniforms for Naval personnel who have demanded, in their official capacity, for the government to fund imams and mosques.

And Defence personnel have been encouraged to attend Koran recitation contests in Saudi Arabia.

Australia is not far behind Great Britain. We cannot allow it to catch up over the next three years…